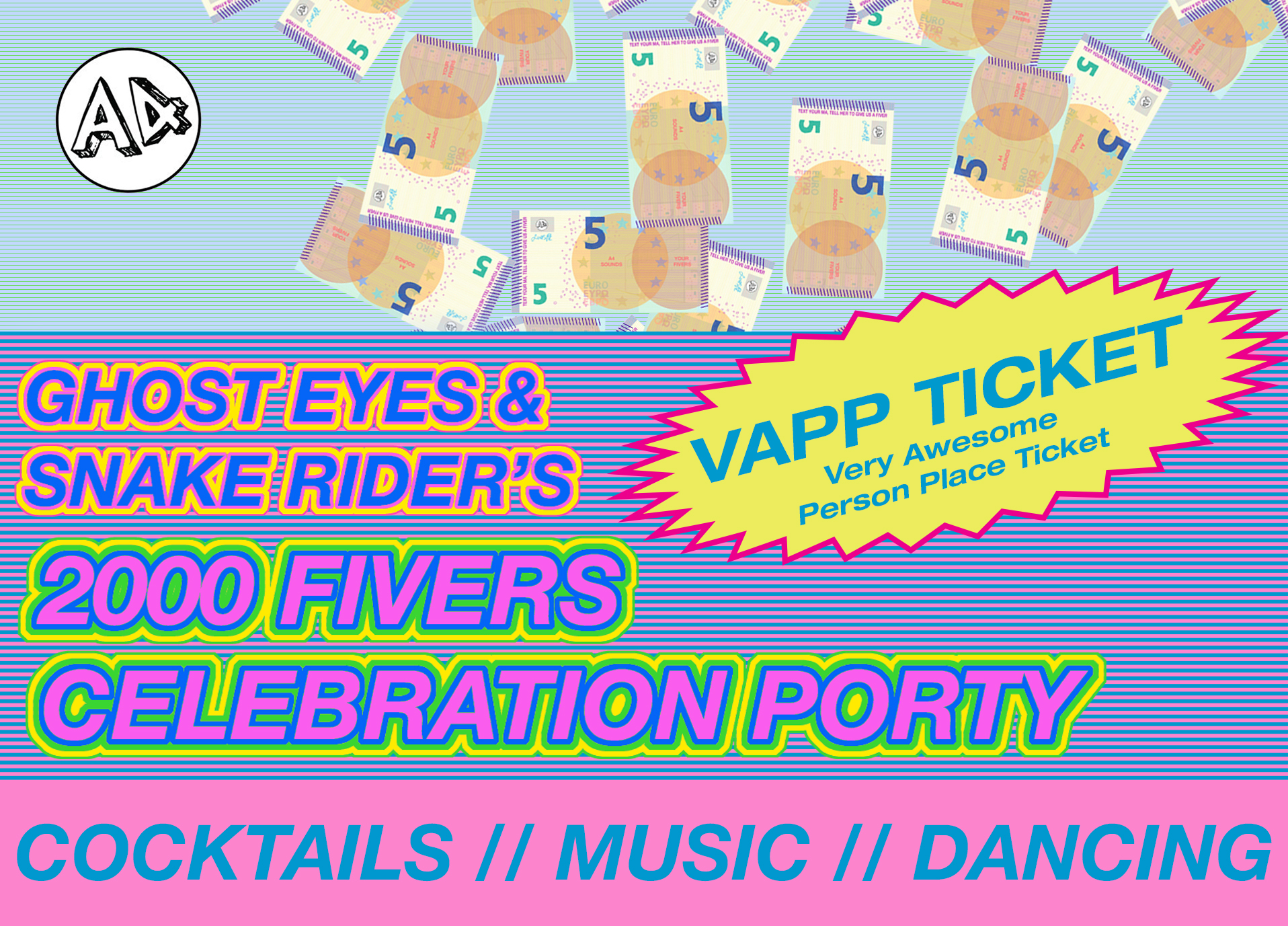 Join us one more time as we celebrate the joyous journey towards 2000 Fivers! We’ll be raising a toast to all the folks we couldn’t have done it without – which of course includes YOU if you’ve donated to our campaign or helped us out in any way.

Our entertainments on the night will include the inimitable A4 DJ duo of Ghost Eyes and Snake Rider, who’ve previously only brought their crowd-pleasing brand of all-vinyl, all-classic tunage to select audiences at super secret A4 events – maybe by the end of this night we’ll finally find out which one is Snake Eyes and which one is Ghost Rider!

We’ll also be casting a glance back to the heady days of FIVERTHON, the amazing launch party for the 2000 Fivers campaign, back when we didn’t know if were gonna get any fivers at all (we did and then some – THANK YOU!), and reliving some marvelous moments such as the auctioning off of the dregs of the bottles, the price of Conor O’Toole’s toplessness, and of course the unforgettable FIVERDANCE!

And while everyone in attendance is sure to be awesome, and it’ll be equal-opportunities amazing fun all round, we’ll also the VAPP or Very Awesome Person Place – just for those who’ve been extra generous and donated enough fivers. In the VAPP you’ll be able to get your complimentary cocktail, get your picture taken with Ghost Eyes and Snake Rider, and collect your goodie bags. But don’t despair if you’ve not donated quite enough fivers to be on the VAPP list – instead, perhaps bring along a few spare fivers, as you might have to bribe the A4 bouncer to get inside the VAPP!

Advance tickets (including lots of goodies) available over on our Indiegogo page: