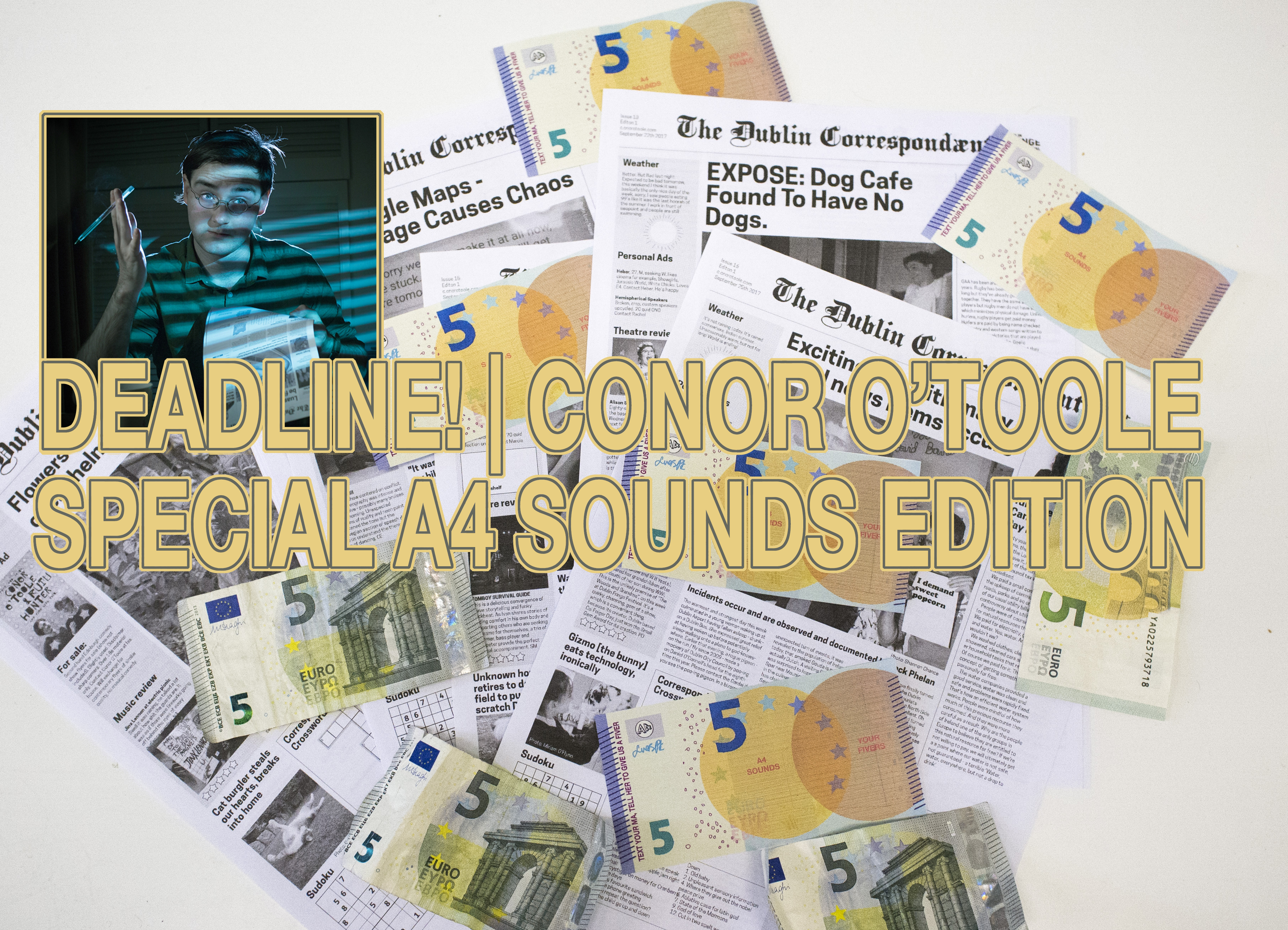 Comedian Conor O’Toole has an hour to get the paper out. He’s taken a job editing the Dublin Correspondænt and urgently needs staff. Come see the modern news cycle live, right before your eyes.

A seriously interactive comedy show about the media and the process of producing news. Be part of the spin, compromise and manipulation that goes into making even a simple news sheet to a tight deadline, for this special, last-ever, once-off run of Deadline!

“O’Toole nails the fun stuff: the crackling energy of an absorbing team game, the miracles forged under pressure (“You, draw a satirical cartoon”) and the countless sly cheats we call professionalism.” ★★★★★ – Peter Crawley, Irish Times

“This interactive comedy show is a welcome antidote to Ireland’s moribund news cycle. There’s no fake news here, only plenty of spin and an abundance of cute animal photos […] The simplicity of the show is its success, and it is ultimately great fun.” ★★★★ – Ciara L. Murphy

Tickets?
There are only 16 seats available for this show!
1 Ticket €20
2 Tickets plus additional perks €40

All proceeds going to ‘2000 Fivers’ Campaign for the refurbishment of the A4 Sounds Studios & Gallery. To find our more about our fundraising campaign please visit our indiegogo page.