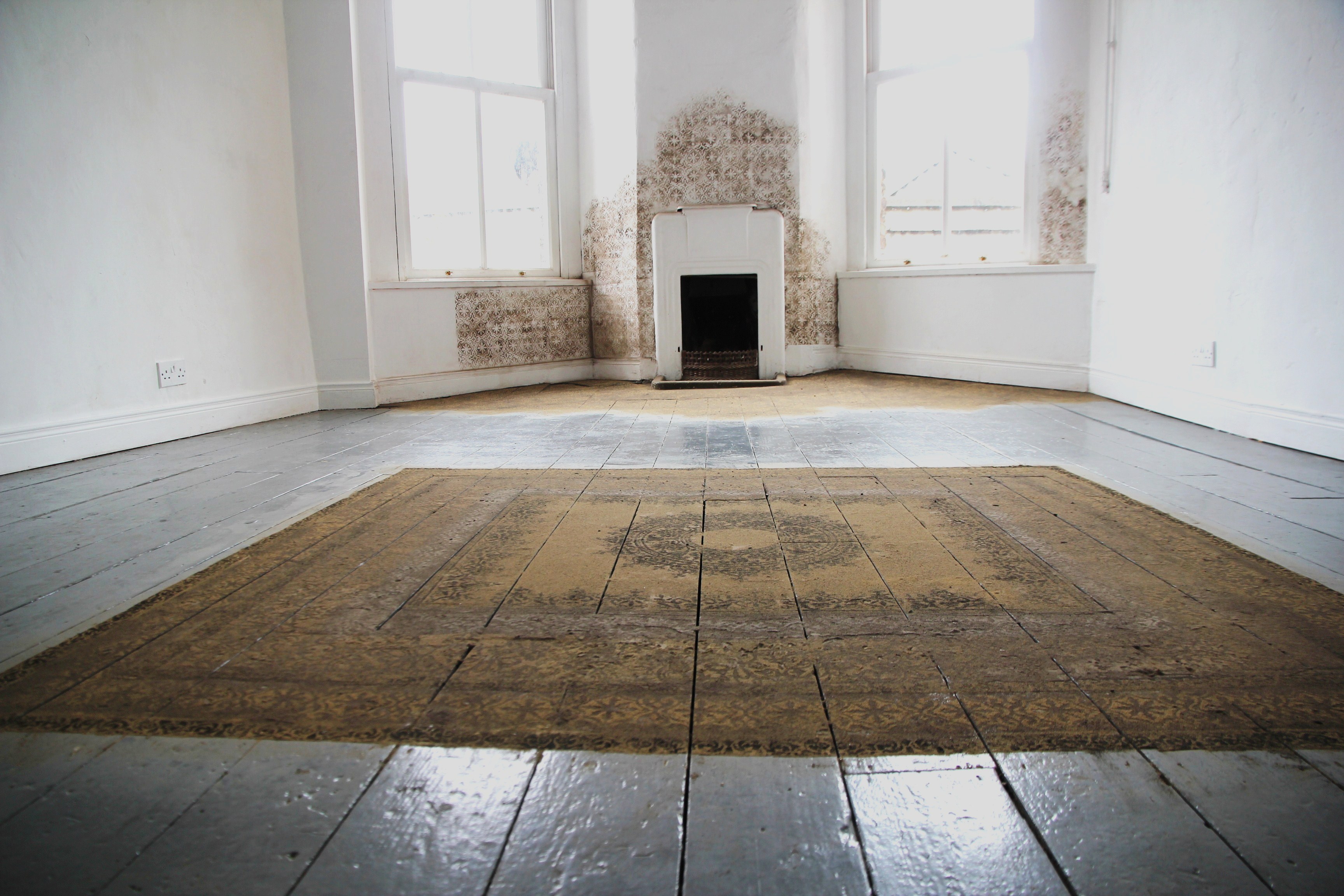 Material is an integral component in my practice. I use materials that are rich in associations and investigate ways to transform them, often projecting new identities and layers of meaning onto the work in doing so. I use material as a device which enables me to explore and discuss issues concerning history, labour, nature and gender. I am interested in how the unsettling qualities of an object can be disguised or reversed.  My work asserts our compulsion to gaze at what should disturb us, toying with the tensions that lie between beauty and repulsion, curiosity and discomfort, desire and disgust. 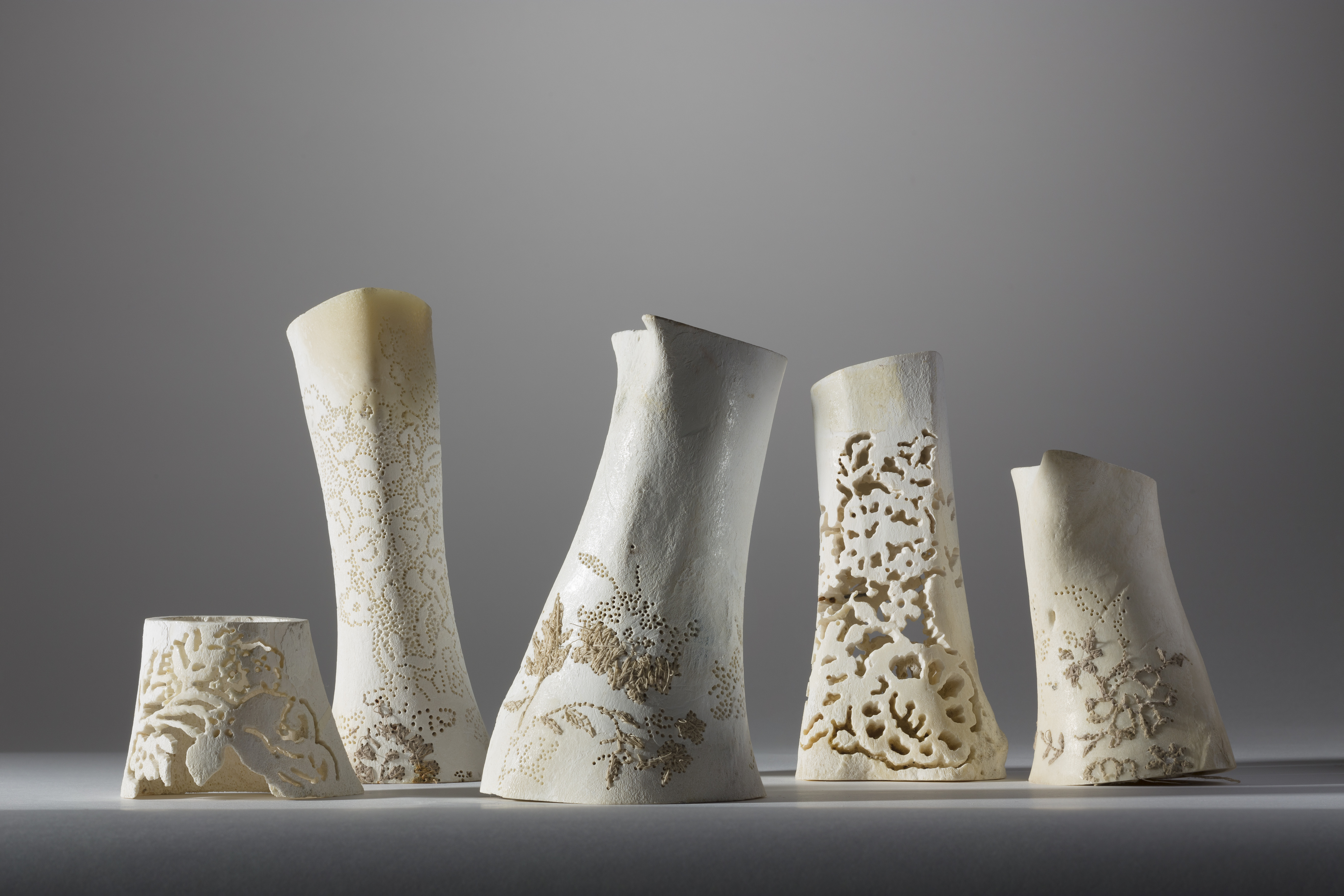 About The A4 Residency

In 1794 the Lock Penitentiary was established on Dorset Street for the reception and employment of destitute women who had been released from the Westmoreland Lock Hospital. Lock hospitals had been established throughout Ireland as infirmaries for patients who had been infected with venereal disease. Following the Contagious Diseases Act in 1864, any women suspected of promiscuous activities could be persecuted and, if found infected, would be confined in a lock hospital.

Venereal disease persevered at a time when Dublin’s former red light district, Monto, was in existence. It is unsurprising that many of the women who worked the streets of Monto were admitted to lock hospitals.

To counteract the activities of the Monto and ensure the women released from Lock Hospital did not return to their previous brothels, the Magdalene laundries and other such penitentiaries were established by religious orders as a place of confinement for ‘fallen women’. The inmates were expected to work long hours without pay in harsh conditions.

I am interested in investigating the lives and losses of Dublin’s ‘fallen women’.

My intention is to create an informative body of work in response to the issues I have mentioned. The work I produce will present a conversation with the past. The materials and objects I choose to employ will be relevant to the subject at hand. 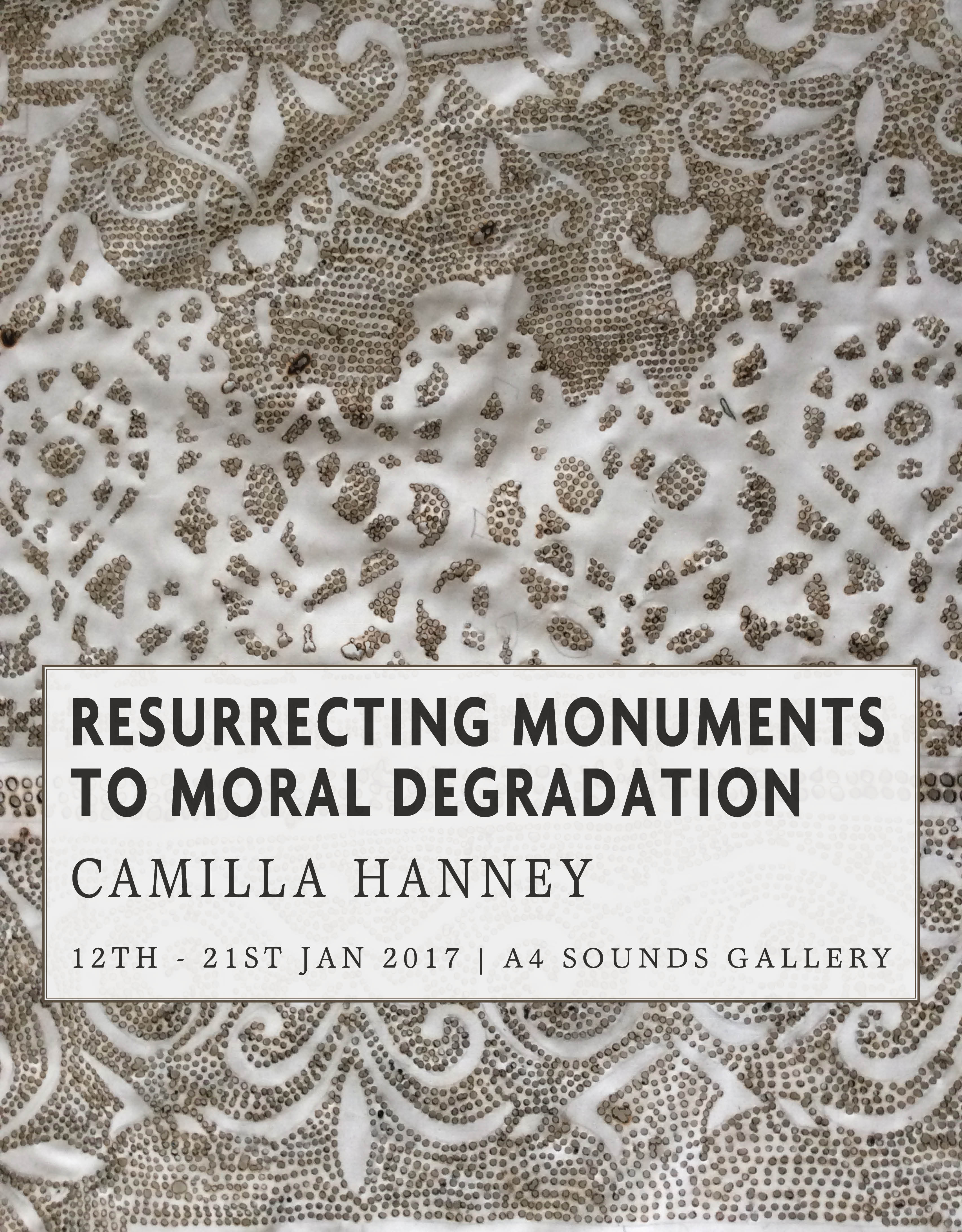 Resurrecting Monuments to Moral Degradation explores the history of the Lock Penitentiary, a religious-run institution established on Dorset Street in 1794 for the reception and employment of destitute women released from the Westmoreland Lock Hospital. Female patients infected with venereal disease were interned and employed in needlework, laundry and other female occupations. They were expected to work long hours without pay in harsh conditions. The infirmary was described as a “monument to moral degradation”, a place where women were punished for men’s desires.

The exhibition is the culmination of work by Camilla Hanney during her residency at A4 Sounds between September and November 2016. The materials and objects employed in creating the work are a response to the subject at hand. The juxtaposition of needlework and military related objects is influenced by the typical handwork undertaken by the inmates at Lock Penitentiary as well as the conspicuous relationship between venereal disease and military garrisons in Ireland.