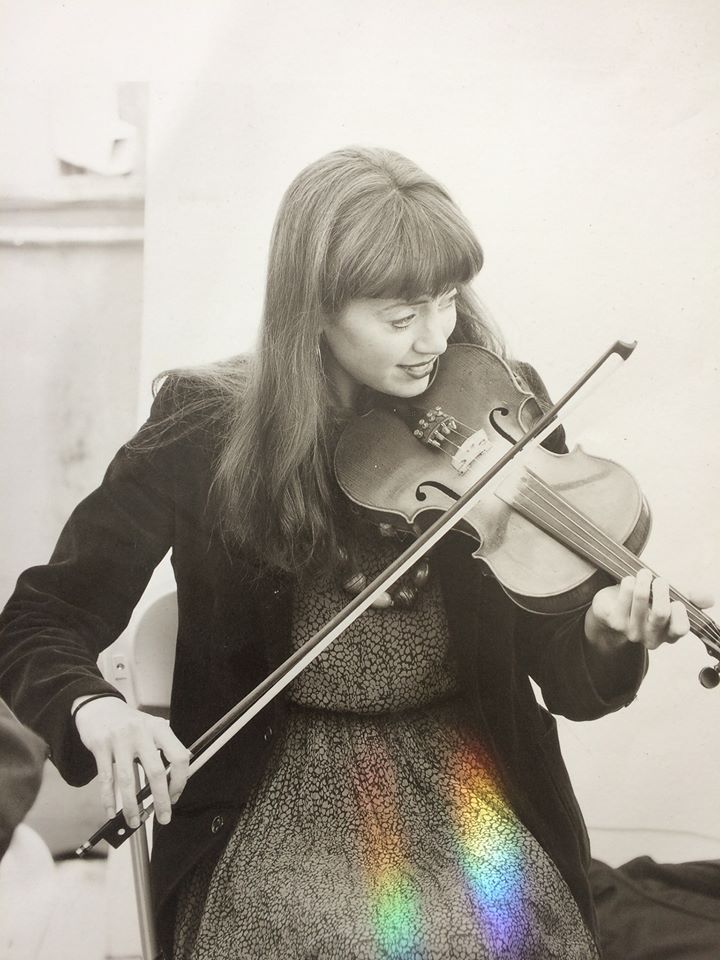 Sinéad Onóra Kennedy is a visual artist, costume designer, and musician. Kennedy graduated from NCAD with a First Class Honours in Fashion Design in 2013. She was the winner of the Persil Fashion Awards in the same year with her winning design a dress based on the shape of a fiddle. Kennedy’s visual work has often been influenced by her interest in traditional, folk, and country music.

In February 2016 she exhibited a series of watercolour paintings in the Douglas Hyde’s Gallery 3 that corresponded to various tunes in the Irish tradition. Shown alongside each painting was a handwritten text containing the story behind the tune. Kennedy gave a daytime walking tour of each painting, playing the appropriate tune beside each one, and also gave a very well received musical performance in the gallery with her sister Catriona.