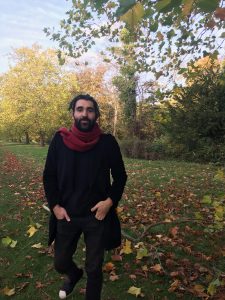 Danny Brennan primarily is a writer and film maker. He works with Irish history and myth and the ghosties that dwell in it. His work has been screened at the Galway Film Fleadh and Cannes Film festival. Danny also experiments with new media artworks like data glitching as well as old media art works like getting a load of people in a room and tricking them into enjoying live performances in strange environments or theatre.

Danny has collaborated on feature films throughout the country and actively writes and wanders about Dublin.